All the fantasy of Diego Schwarztman at the Australian Open 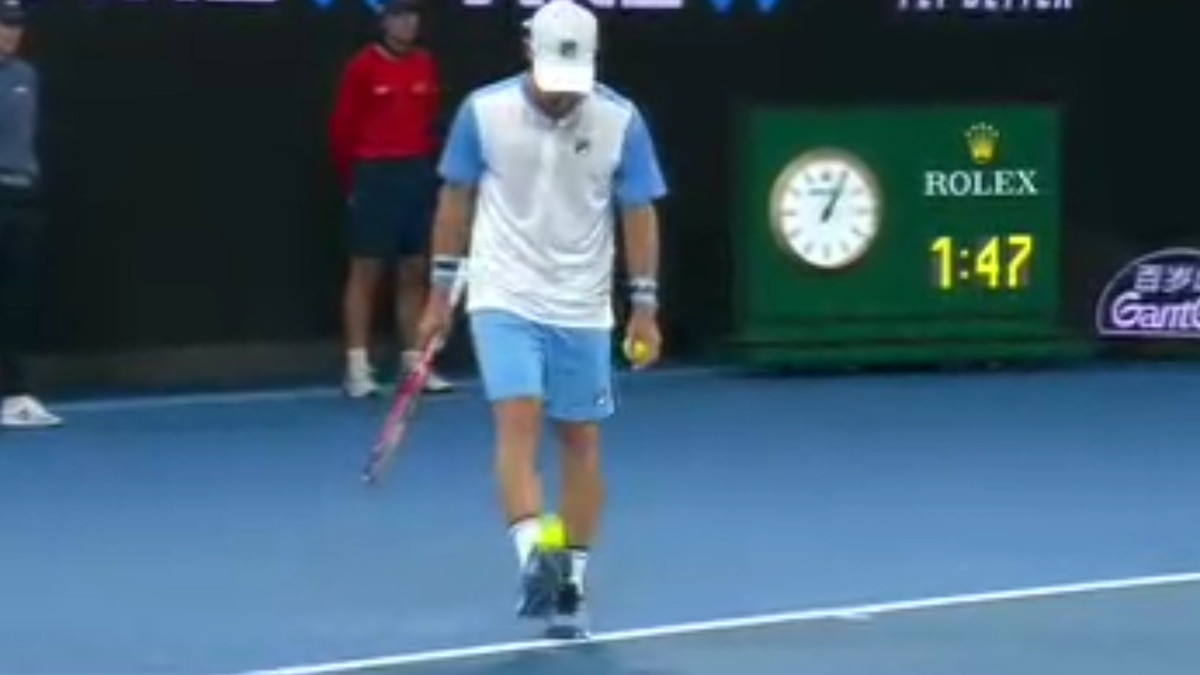 An hour and forty-seven minutes from the start for the third round of the Australian Open. At the Melbourne Arena, Diego Schwaertzman and Czech Tomas Berdych were measured. With the result 7-5, 3-6 and 2-2, and in his opponent's racket change, "The Little" took the opportunity to release tensions and showed all his skill.

To the surprise of the 10,500 spectators who began to murmur and then to wonder, the Argentine began to play with the small yellow ball. After hitting her twelve times on foot with the racket music she jumped five times to finish with a juggling between the ball, the racket and the right elbow.

Then came the ovation of those present and the presence of an Argentine supporter showing his shirt of the Argentine team with the name of Lionel Messi. Then Diego's laughter, which followed, concentrated, he braced himself and took off to play the fifth game of the third set.