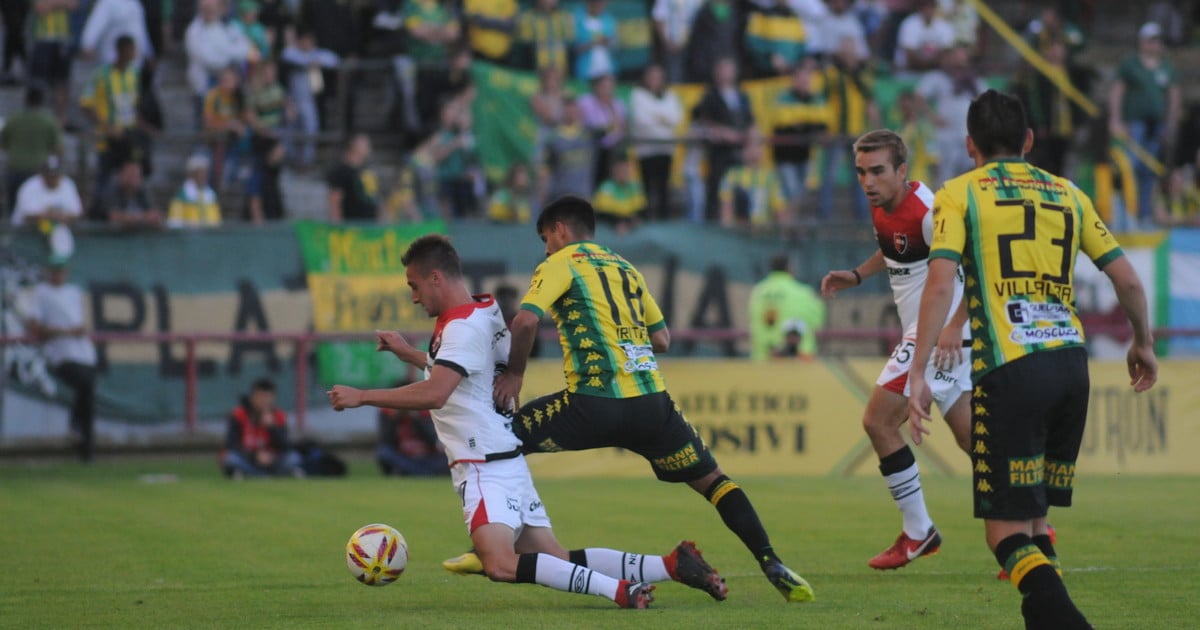 Aldosivi was reunited with the win after four dates and those three points are worth a lot, because in the front he had a direct rival in his fight to maintain the category. With a good first half and a lot of order, he took the shark to justify it. And the 1-0 defeat Omar De Felippe took his resignation as a Newell coach.

Newell's not only continues to reduce its average but also increased its adverse trend by playing out of Rosario. His last away win came a year ago, when he defeated River at Monumental by 3 to 1 on November 26, 2017.

Well standing, looking to control the middle and play across the field, Aldosivi scored superiority in the early stage. He was very close to the first celebration with a Gento frentazo, but a spectacular fly-by Alan Aguerre denied.

The Mar del Plata team continued to insist and was rewarded, at 31 minutes, in an action that combined talent and carom. Matías Pisano received a long pass through the back, dominated and sent to the pure gambeta. And when he took the shot, the ball knocked out Bíttolo and went into his own goal.

In the second half Newell presented another attitude, though it confirmed his lack of precision. Formica took command of the armed forces and joined his comrades. Bands were run more frequently and were a search path.

Aldosivi delayed a few meters, became a short team. But he never lost order and serenity. And he did not suffer major shakes, except for a Nadalin center in the back that Paredes, incredibly, a step away from the line did not connect.