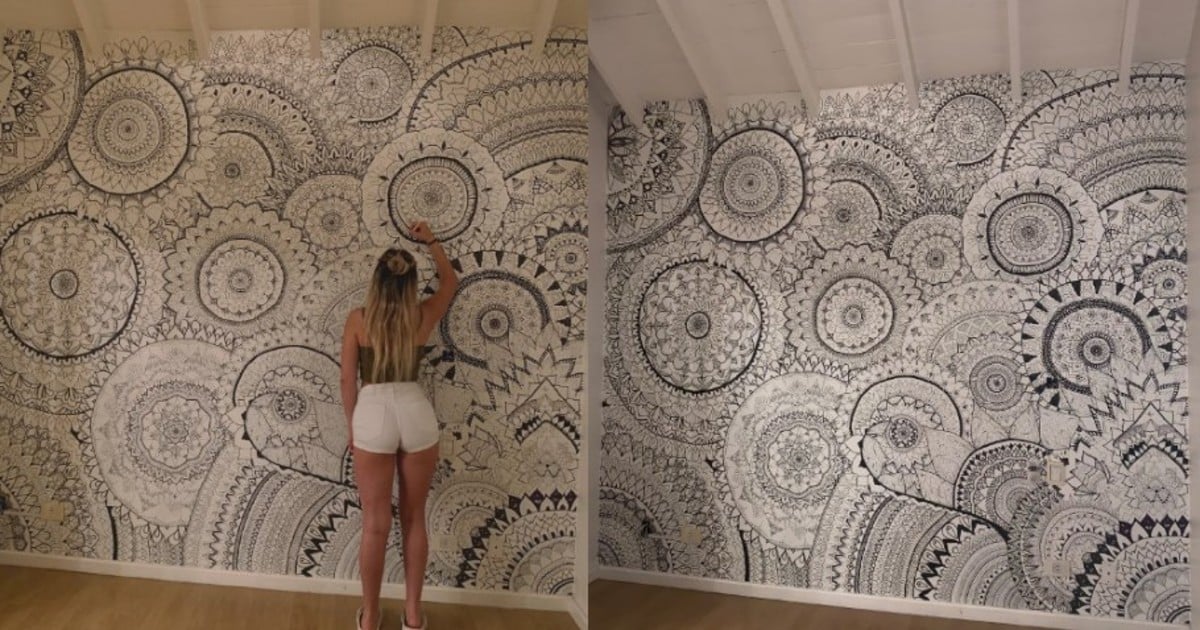 A young woman on Twitter named Pilar (@pilarlopez_) posted a wall in her official profile full of hand painted mandalas, which cost him approximately three months of work. Through several photographs showed that it was she who decorated the room.

"It cost, but I finished," he wrote with two postcards. There she is seen with her hand on the wall giving the last touch to the drawing. In another image, the work is now complete. His artwork impacted everyone on social networks and reached 5,000 retweets and more than 90,000 "Like".

Moreover, their mandalas were so flattered that even the influential Sofía Morandi (@sofimorandiOk) wrote to tell her that she wanted proof that she still drew them: "And how do I know if she did it? I need a photo with the wall cut in half, I need it, I'll ask for proof to SAVE THIS COMPANY ".

Immediately, Pilar, from Buenos Aires, sent her three more photos with the half-drawn design to confirm that she herself took care of the decoration. In addition, he published them on Instagram, where he reached almost a thousand tanned and hundreds of users highlighted his great talent.

Their mandalas were so flattered that even the influential Sofia Morandi (Twitter).

"First I did the drawing in pencil, then highlighted with a fine brush and black acrylic, it took me 3 months", he replied to a user. Some showed photos of his unfinished drawings as a result of his poor patience.

Mandalas are symbolic and ritual spiritual representations of the Universe, used in Buddhism and Hinduism. Painting mandalas is one of many oriental relaxation techniques and does not require knowing an express discipline, because each person colors according to their aesthetic and imaginative tastes.

Mandalas are symbolic and ritual spiritual representations of the universe (Twitter)

Other publications of tweeters.