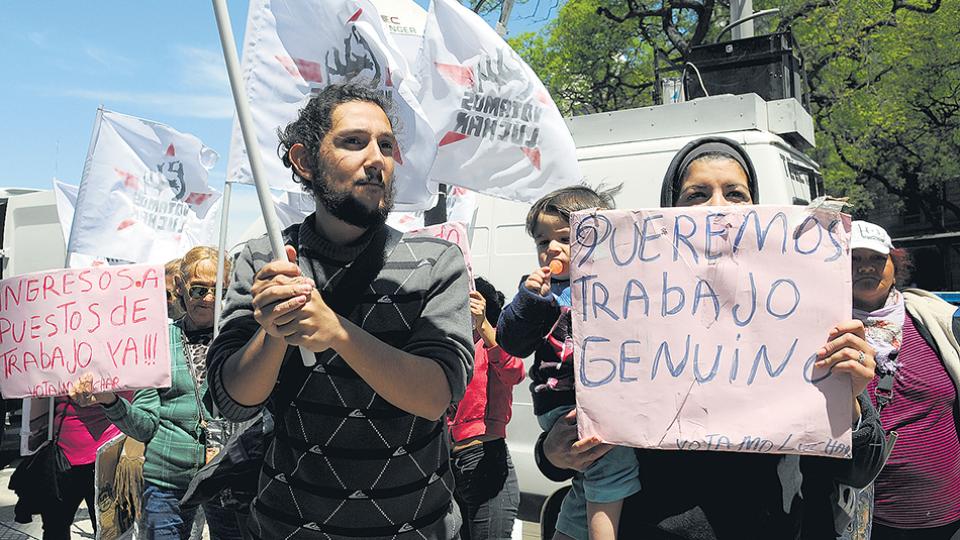 The unemployment rate reached 9% in the third quarter, an increase of seven tenths compared to the rate of 8.3% registered in the same period last year, as disclosed yesterday by Indec. In the suburbs of Buenos Aires, unemployment reaches 11%, but there are other urban agglomerations in the country, where the situation is even more serious. In the Santa Rosa-Toay area (La Pampa), it rises to 13.2 percent in Mar del Plata to 11.8 percent; San Nicolás-Villa Constitución (north of Buenos Aires, south of Santa Fe), 10.9%, and in Gran La Plata, 10.3%.

According to the official report, this unemployment rate of 9% in the urban population represents 1,168,000 people without work. There are another 2,167,000 people (16.7 per cent) who, although they have a job, actively demand another job or work longer hours, either because they are underemployed or because they need another job. In this way, the proportion of the urban population actively seeking work reaches 25.7%. A year ago, the proportion of the most employed unemployed employed was 23.7%, two points less than in the last third quarter.

Third-quarter results show a 46.7% activity rate, four tenths more than in the same period last year (46.3%), while the employment rate rose one tenth to 42.5%. . Despite the slight statistical increase, unemployment has increased as a result of more job seekers due to the loss of purchasing power of wages, which forces them to have more than one activity. The economically active population is made up of employees and the unemployed.

By industry, in terms of distribution, the main variation in employed persons was registered in the manufacturing industry, which went from 11.5% to 11.1%, also losing its relative weight in total. The activities related to hotels and restaurants (3.9%) and transport, storage and communications (7%) fell by 0.3 percentage points. On the other hand, activities that experienced an increase in their relative weight were construction and domestic service, where the proportion of employed persons increased by 0.3 percentage point, to 9.5 and 7.7%, respectively.