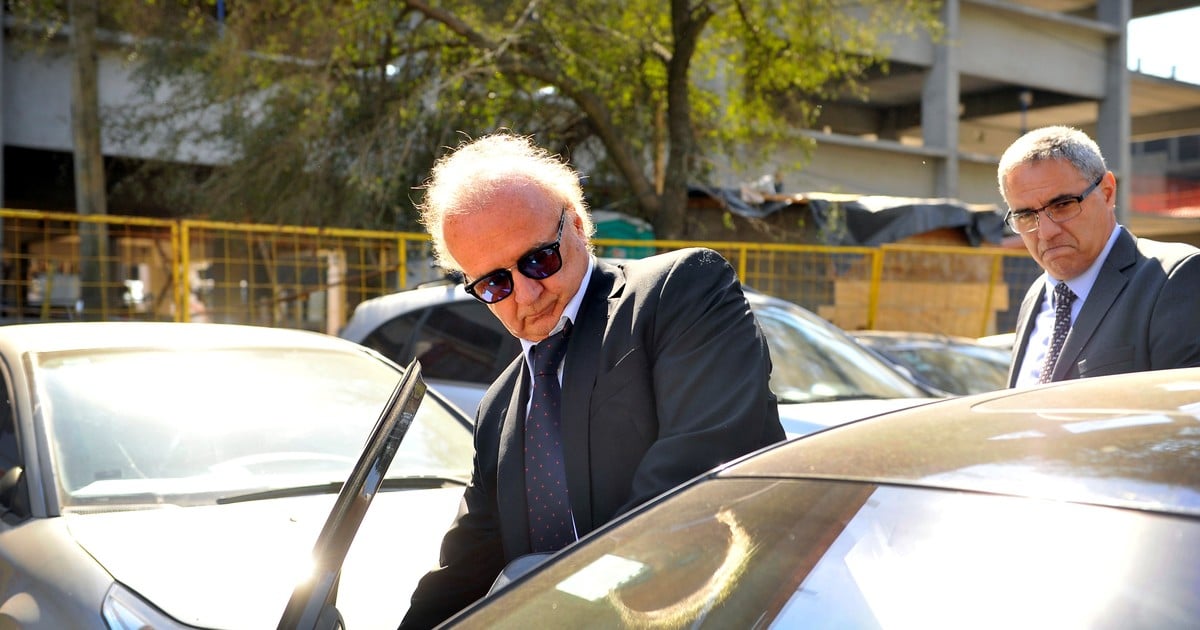 Justice has uncovered a new "K Money Road". This other path, like others linked to the escape of coins of illegal origin perhaps for courses of washing of these funds under suspicion, also has among its protagonists the partner of the family Kirchner, the prisoner builder Lázaro Baez. But this research adds news. The head of the federal prosecutor's office 11, Gerardo Pollicita requested the statement of the financier Ernesto Clarens, confessed in another file as a collector of millions of pesos of bribes in payments by entrepreneurs by entrepreneurs also confessed to committing this crime.

Pollicita has raised for Judge Julián Ercolini an opinion in which he asks to open a new cause generated by remarkable new discoveries of what already seemed to be exhausted. Yes there are more financial paths of millions of states that have benefited construction entrepreneur Baez which forge into even more methods to wash foreign currency.

New methods in a plot where there is always a new way in which money flows. They are not paved roads for vehicles, like those that Lázaro had to finish because he accused them. They are always intangible and complex paths, although they are not undetectable by typical, but increasingly sophisticated, maneuvers of those who usually hide their profits.

In this case, in addition, the concealment includes ways that this time involve the organ that had to control the veracity and collect the taxes of the suppliers of Baez, and that according to Pollicita and his team, they were eventually forgiven by the authority that owed their executioner and not his accomplice, the Federal Administration of Public Revenues (AFIP), commanding, for years in which this research is based, Ricardo Echegaray.

According to Pollicita, who obtained the documentary contribution of the current hunting dogs of AFIP, "the presidential friend" (as he calls Báez) would have "implemented between 2005 and 2009" a "criminal maneuver" for which "a mechanism was done" to recycle a large part of this money (the several millions that the State K granted Baez) by means of fiction of nonexistent costs, in order to grant these resources an appearance of legality, distancing it from its criminal origin in the country. defrauding the National State ".

Pollicita calculated that Baez, with the help of Clarens and the rest of the accused, I would have washed this new Route of Money K, at least one hundred and sixty million dollars"That they were finally converted into cash, permanently preventing traceability."

Pollicita wrote a detailed opinion of one hundred and seventy pages (almost one per million dollars possibly washed by the defendants).

There he develops with a clear pen and facsimiles of the original checks of 2003 seized in different attacks to the Bank of Santa Cruz and the Macro Bank. And also explanatory charts.

The public prosecutor and AFIP of the current administration show how Baez builders used trout invoices from trout companies to divert resources; something they would have done with trout accounts from existing suppliers, but they did not know they had worked for him, to divert those millionaires to dozens of financial companies that collected and returned cash the amounts of checks endorsed by Baez companies.

Pollicita explains that the "modus operandi" of this new maneuver for more money laundering by the Báez holding company consisted of "fiction costs that do not exist in public works". The misappropriation of funds stolen from the national state of Austral Construcciones to Gotti (another satellite construction company under its control) allowed to remove this money in the appearance of Lázaro Báez, but at the same time was very useful to disguise these costs more effectively " – reflected in apocryphal invoices – among millions of pesos of real expenses that Gotti faced to carry out the works ".

The promoter continues to write the summary of operations as follows: "The Gotti company was not only suitable for use in the maneuver (R for money laundering) for the reasons given, but also had a very particular characteristic, which made it functional to the criminal plan: he had given up his collections and his payments to a third person, Invernes SA, controlled by financier Ernesto Clarens. In short, this would have to get another interposition in the back of the fund and a further step in distancing its origin, since the respective checks that intended to cancel these apocryphal notes would not be directed against Austral Construcciones or against Gotti's accounts, if not against the accounts of Invernes, a Buenos Aires stock company dedicated to financial activities, with no visible relationship with the fraud to the State, in which, at that time, no suspicion fell. "

Pollicita included in its new opinion, the list of all non-existent suppliers, which would be around one hundred.

The AFIP K administration helped these companies "take off" in a systematic way: they "resurrected" the Lazarus "trout" companies because they postponed any penalties to these ghost companies, including them in generous and very uniform tax exemptions.

These non-existent firms were able to make a very effective selection from the collection agency: absolutely all of them went into tax payment plans. Everything is everythingThe role of former AFIP chief K, Ricardo Echegaray, in this story is only just beginning to be investigated, it follows from the logic of Pollicita's opinion.

The prosecutor discovered a provider, among others, very private. His name is Gustavo Javier Blanco, he worked as a sender, charging 40 pesos a day for his service to Gotti.

Blanco, according to the documentation collected by the current AFIP employees, traveled more than his colleague Oscar Centeno, protagonist of the cause of "Cuadernos K".

It turns out that it is proven that the construction company linked to Báez collected invoices from "remisero II" for a total of nine million dollars.

An improbable trajinar by any means, even by K.

Prosecutor Pollicita points out that "the conversion of money into cash" that has turned into this recently revealed story, as well as the "exchange of checks" were made "in a very important proportion" in a financial "belonging to Ernesto Clarens", called "Cooperativa of Housing of Credit and Consumption (Coficred) ". Call up 2006 as Infecred.

The Clarin might know that Clarens admits that his Coficred financier wrote the cash checks for these maneuvers. But he declares he does not know the source of these checks.

In other lawsuits, Clarens stated that he sold Invernes after the year 2005.

From the opinion of Pollicita, it is clear that the prosecutor does not believe that this has occurred formally and informally.

This new cause, which emerges from what was investigated by the prosecutor and Judge Julián Ercolini in the "maternal" file of Baez's public works, which was collected through the National Highway, and which reached an updated value of 46 billion pesos, could generate an even more negative impact on the environment of those who know the trade secrets of Kirchner's partner.

It turns out that Pollicita asked Ercolini that, in addition to Clarens, the accountants of the Báez Group were investigatedas César Andés; part of the Gotti family, founder of the company that takes his last name; of the ex-wife of another Lazaro accountant, Andrea Cantín; of a member of Clarens, a key character named Carlos Di Gianni; and other Kirchners employees and agents.

In addition, the Public Prosecutor's Office asks in an "urgent" way the inhibition of assets of Baez's already inhibited assets in other previous cases; and other Clarens companies and financial companies. In addition to the "blocking" access to safes that "registered individuals and corporations, along with surveying their fiscal and banking secrecy."

Another singularity in this long plot of the other possible crime of laundering K: among the suppliers under suspicion of the investigators is the "United Bakers Mutual 3rd Millennium". If their accounting accounts, not the food, were true, then there would be farinaceous foods for the Báez-Gotti-Invernes, at 76 million pesos.

Everything may have happened in the stories of Patagonia.

The "K-Money Routes" (perhaps it's time to promote them on a construction scale, that of "Autopistas del Dinero K") stretched and unraveled so fast and evident that all its outputs finally end in a single address Rua Comodoro Py, 2002, Retiro, Buenos Aires. It is the seat of the federal courts where corruption is investigated.