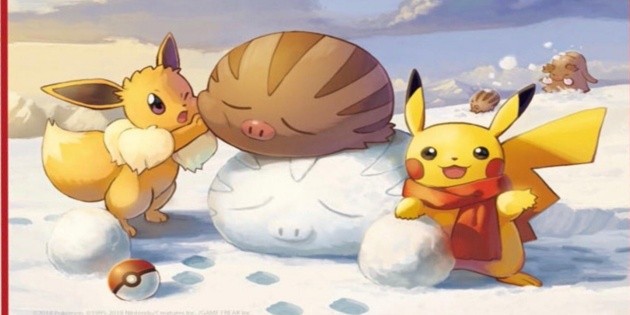 On the eve of the new year, Game Freak chose to greet all of his followers with a letter sent to Famitsu magazine. In it there is a colorful postcard and a thank you to all those who have spent another year playing their titles.

Abnormal Game is responsible for Pokémon RPGs and although they are also developers of other games, none of them had the popularity that reached the saga of the pocket monsters.

In their letter they also commented that they want "surprise everyone "in 2019, which could indicate that his new game of Pokémon, agreed in 2019 could have resources and resources never seen before in the saga, after the departure of the Pokémon Let's Go! a little less than a month ago, a game that combines the original mechanics with others introduced in the Pokémon GO.

We'll have to wait until 2019 to have more details about the next Pokémon game or if the Game Freak will find another way to surprise all its followers.