A recent documentary Netflix Is giving something to speak in Argentina and caused outrage in the UBA. According to Pablo Rodrguez, dean of the university's School of Dentistry, the argument that supports the production of the streaming platform is false, under which root canal treatments are associated with a cancerous pathology. It's about the series of documentaries called Root cause (Up to the root) and that relates chronic disease to endodontic treatments.

The documentary which are released in early 2019 tells the story of a man who tirelessly pursues for 10 years the causes of his illnesses and exposes the alleged risks of root canal treatment. The content of the production generates reactions of the American Association of Endodontics, in the United States, and of the Faculty of Dentistry of the State of São Paulo. UBA, in Argentina, which warned of its seriousness, since it "distorts reality". 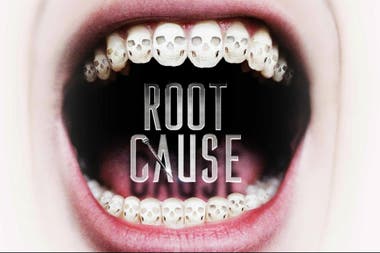 "We were very worried that in one part of the documentary it was said that 98% of patients who had breast cancer had at least one channel on the same side," Rodriguez said during an interview with Tlam. And although the dentist argued that the situation may be true, it "does not mean that one is the cause of the other."

He added: "It is absolutely false to think that any endodontic therapy brings as a consequence any cancerous pathology, as well as cardiac disorders or any alteration of a systemic order." The rector also indicated that the faculty of Odontology of UBA is in the process of presenting against Netlix for the dissemination of content.

Emphasize that it is very serious to say that people who have cancer had a canal treatment, as if one were the cause of the other, is a very frightening and false question. "He added that" millions of endodontic treatments performed in the world annually have a very high success rate (between 75 and 95%), certified by rigorous scientific work. "

More critical to the documentary was manifested through YouTube, as an account of Federico Baena, who is a specialist in prosthesis and implantology and who gave his opinion on the material. "Let's hope we can reach the same people who are misinforming the documentary that can cause fears, anxieties, doubts and terrible moments of panic that are not worth the morbid and the lies," he said in his video.