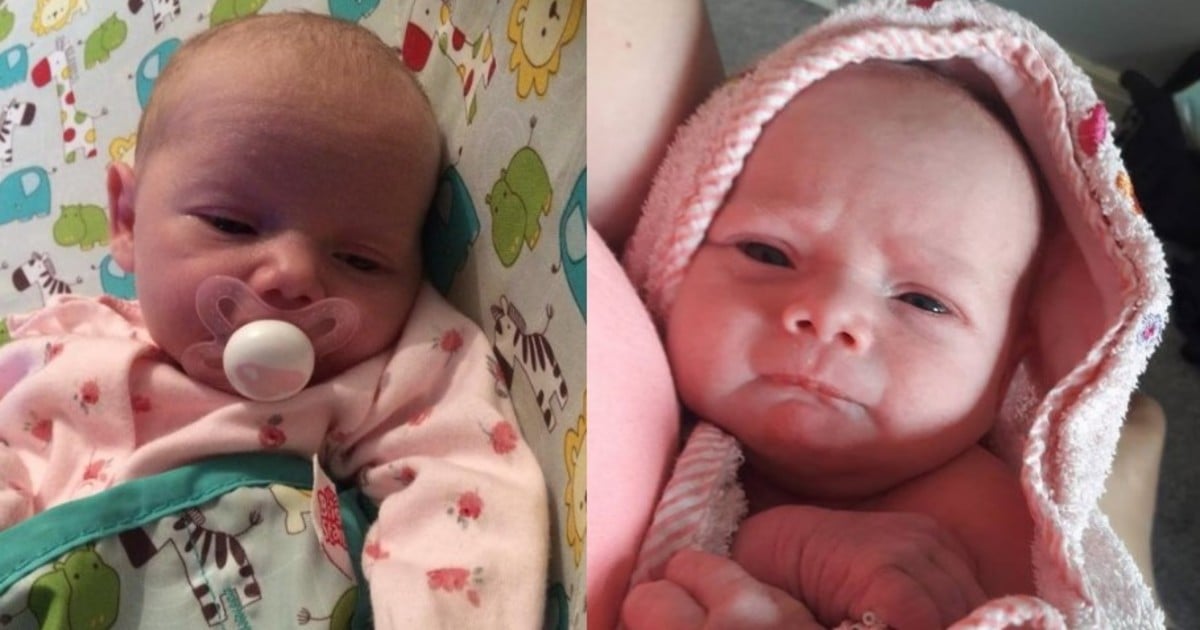 Kelly Ineson and Thomas Cummins They find no comfort after having lost the baby only 14 days of life because of a herpes. However, the tragedy gave them the strength to warn other parents about how dangerous this virus can be.

"We were always very careful and we did not let in anyone who looked ill or who did not wash our hands. We asked ourselves if we remembered someone who, with bubbles, had kissed her, but we would never allow it," said the woman. of Yorkshire, England, according to the Daily Mail.

Kiara was the only one between Kelly Ineson and Thomas Cummins. The woman has more children from an earlier marriage (Facebook).

They still do not know how Kiara contracted herpes. When she was admitted, the doctors induced her to the pharmacological coma and told their parents that if they survived, they probably had brain damage. A few days later, the machines that kept her alive came out, when the infection turned into sepsis, that is, an inflammatory response from the body to a serious infection.

The girl was the couple's first daughter, even though it was the mother's fourth. "The whole family came to say goodbye and then left us to the end," recalled the woman, who now seeks to raise awareness about the dangers of herpes.

Doctors induced her to the pharmacological coma and told Kelly Ineson and Thomas Cummins that if she survived, she would probably have brain damage (Facebook).

"There is not enough information on this disease, not even in healthcare professionals, all I want is for parents and doctors to be educated about the simple herpes virus and how devastating it can be," he said.

Herpes is highly contagious and there are two types: type 1, which causes cold sores, and type 2, which usually causes genital herpes and can be transmitted to newborns during vaginal delivery. Less frequently, transmission can occur in the placenta or from one newborn to another by hospital or family employees.

Both types are dangerous for babies, since their immune system is not able to fight the virus, although there are usually more cases of 2 than 1. Neonatal herpes can be localized in the skin, eyes or mouth, central nervous system or be disseminated in various areas of the body.

The infection causes high mortality, significant morbidity and leaves neurological sequelae among survivors. It is highly contagious and, although it is asymptomatic in adults, it is recommended not to contact small children if they have visible blisters.

Kelly Ineson and Thomas Cummins seek to alert other parents about how dangerous this virus can be (Facebook).

"I went over all the details of what happened again and again, desperately seeking an answer to what happened, but I do not think I would find it, and that's what's killing me." Doctors told us that Kiara is very likely to have contracted the virus when someone kissed him. Never, even in my worst nightmare, I imagined that a kiss could kill my baby and I do not want any other parent to have to go through it"confessed Kelly.