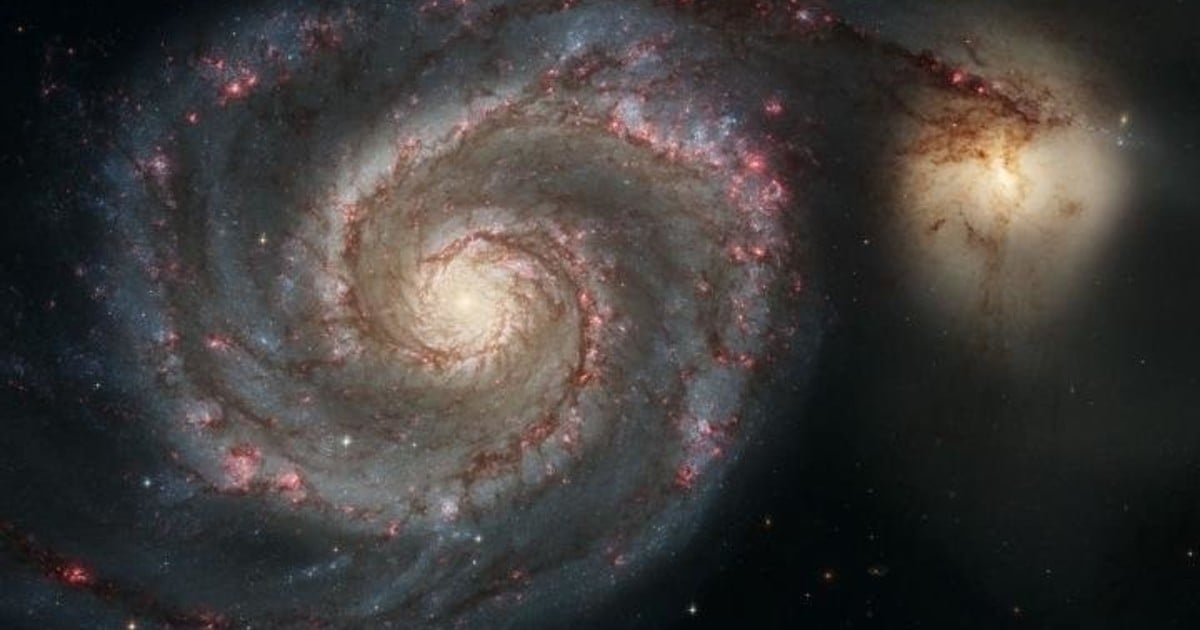 Cosmic times are unfathomable and less pressing, though as real as those on the agenda. Researchers at the British University of Durham have determined that the Great Magellanic Cloud, a satellite galaxy for ours, will enter the Milky Way sometime in the next 2 billion years. This is long before the titanic collision with Andromeda, the huge galactic neighbor that scientists believe will collide with us within. 8 billion years.

Rotation of one of the galaxies closest to the Milky Way, the Great Magellanic Cloud.

According to the research, published by Montly Notices of the Royal Astronomical Society, the catastrophic merger with the Great Magellanic Cloud could "awaken" Sagittarius A *, the supermassive black hole that sleeps in the center of our galaxy, which would begin to devour as much It involves you and can increase up to ten times its size. Currently, Sagittarius A * has a mass equivalent to that of four million soles.

The ABC of Spain explains that as the "monster" was feeding on the gases and materials around it, the now inactive black hole would begin to expel high-energy radiation, and although these authentic "cosmic fireworks" did not directly affect to Earth, researchers believe there is a possibility that the initial collision could send our entire Solar System into the deep void of intergalactic space.

The largest and brightest galaxy in the Milky Way Galaxy is the Great Magellanic Cloud, which reached the area of ​​influence some 1,500 million years ago and is 163,000 light-years away. Until recently, astronomers thought that this little galaxy would orbit the Milky Way without much difficulty for many billions of years.

However, the work of the researchers who used a simulation made with the University of Helsinki's EAGLE supercomputer, specially designed to study the formation of galaxies, led them to completely different conclusions: The Great Magellanic Cloud will never escape the gravitational influence of the Milky Way . And they also end up colliding with it in a brief period of time.

Marius Cautun, who directed the work, explained: "Although 2,000 million years may seem an eternity compared to a human life, on cosmic time scales it is, in reality, a very short period. And the destruction of the Great Magellanic Cloud, when it is devoured by the Milky Way, will also wreak havoc on our own galaxy, awakening the black hole that lives in its center. "

"The phenomenon will generate powerful high-energy radiation jets emanating from the black hole's poles and, although this does not directly affect our Solar System, there is a small possibility that we can not escape unharmed from the collision whose effects could push us out. Milky Way, in the deep void of intergalactic space, "explained Cautun.

According to the researchers, the collision will be "spectacular." This was expressed by Carlos Frenk, director of the Institute of Computational Cosmology at Durham University and co-author of the study: "As beautiful as it is, our Universe constantly evolves through very violent events." Unless great disasters occur – continue Frenk – as a major disruption to the Solar System, our descendants, if there are any until then, will find themselves with a spectacular demonstration of cosmic fireworks when the newly awakened supermassive black hole from the center of our galaxy begins to emit huge, bright jets of extremely energetic radiation. "