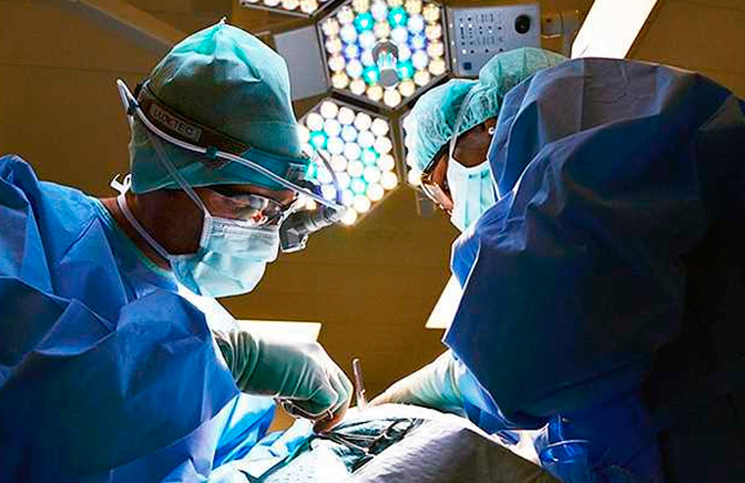 The doctors gave the abortion to a girl who had been raped, but the baby survived for several hours. It was a 5-month pregnancy.

Occurred at the Hospital Delicia Concepción Masvernat, in the city of Concordia, in the province of Entre Ríos. The doctors practiced abortion for a smaller child who had been violatedand the baby survived for several hours. I was five months pregnant.

After this fact, one of the doctors who participated in the abortion He expressed his position on the subject and made an account of what happened: "Here in the hospital, we have a mixture of feelings, between surprised, distressed and upset. Most of the Maternity campus will present or have already presented the conscientious objection that is a personal sworn statement of each, and that the law allows us to present it we are free to commit an abortion"Said the gynecologist and obstetrician Fernando Rivas.

And he clarified what happened in the controversial case of abortion made for the teenager: "This was not an abortion, this was an immature delivery that is much more serious because this is a pregnancy of more than 20 weeks and obstetrically, after 20 weeks, it is immature delivery"

Then a fragment of the interview that was made to the doctor on the radio program "Oíd Mortales":

– At the moment the interruption was practiced,how many weeks of gestation were?
-We had a diagnosis, made by the doctor on call with an ultrasound given approximately 20 to 22 weeks. Ultrasons and corresponding studies were requested, but the patient refused to do so. In short, it was confirmed when the technical expulsion occurred, this fetus.

"What was confirmed?"
-Generally aged 22 weeks. They were 5 months pregnant.

"You know I could born alivewith vital signs?
"But, of course, if it was an absolutely normal pregnancy."

On the other hand, it expressed its reservations about the operation of the abortion protocol, arguing that it is not entirely clear how it works, and that many doctors do not know how to proceed in that regard.

"The staff, both doctors and hospital nurses, was a bit pressed and obliged a bit due to ignorance. I make myself guilty by us doctors about the ignorance of the new protocol which the Ministry of Health of the Province adhered to national level.

The girl arrives by Guardia and enters the pediatric service for an apparent abdominal mass. Pregnancy is suspected, a diagnosis is made and confirmed. Then the family member asks the abortion, which is denied here at first instance. At no point did we have a confirmed report of an alleged violation, which we learned later that there was no need", The doctor examined in this regard.

In addition, the Diocese of Concordia issued a statement after hearing this case: "We know, with deep pain, the case that occurred in a public hospital in the city of Concordia, and that assumed public status by means of journalistic note in digital means, of an abortion carried out in a minor in the fifth month of gestation, by judicial order . The baby was born alive and was fighting for several hours to continue living until finally his heart stopped beating.

Before that, we express:

Not individual right can justify the elimination of human life from which it can not be defended. When a woman is pregnant, we do not speak of one life, but of two, that of the mother and that of her unborn son or daughter. Both should be preserved and respected. The right to life is the fundamental human right. No "protocol" of action can alter the content of the National Constitution, insofar as it protects the human person from conception, nor its corresponding right to life guaranteed by the National Constitution and by the International Treaties embodied in our Constitution, with a constitutional hierarchy.

The Constitution of the Province of Entre Ríos in its art. 16 states that: "The Province recognizes and guarantees people Right to life and in general, from conception to death worthy. No one may be arbitrarily deprived of it. "This fundamental right can not be changed by a lower-order regulation.

Therefore, we understand that the competent provincial authority must issue a Resolution canceling the previous one. We make our own words of Pope Francis, who invites us to look at everyone from the least: "The defense of the innocent who is not born … must be clear, firm and passionate, because the dignity of human life, which is always sacred, is at stake, and is demanded by the love of each person besides his development "(Gaudete et Exsultate, n. 101)."

Tucumán: rejected the bill that prohibited legal abortion in cases of rape