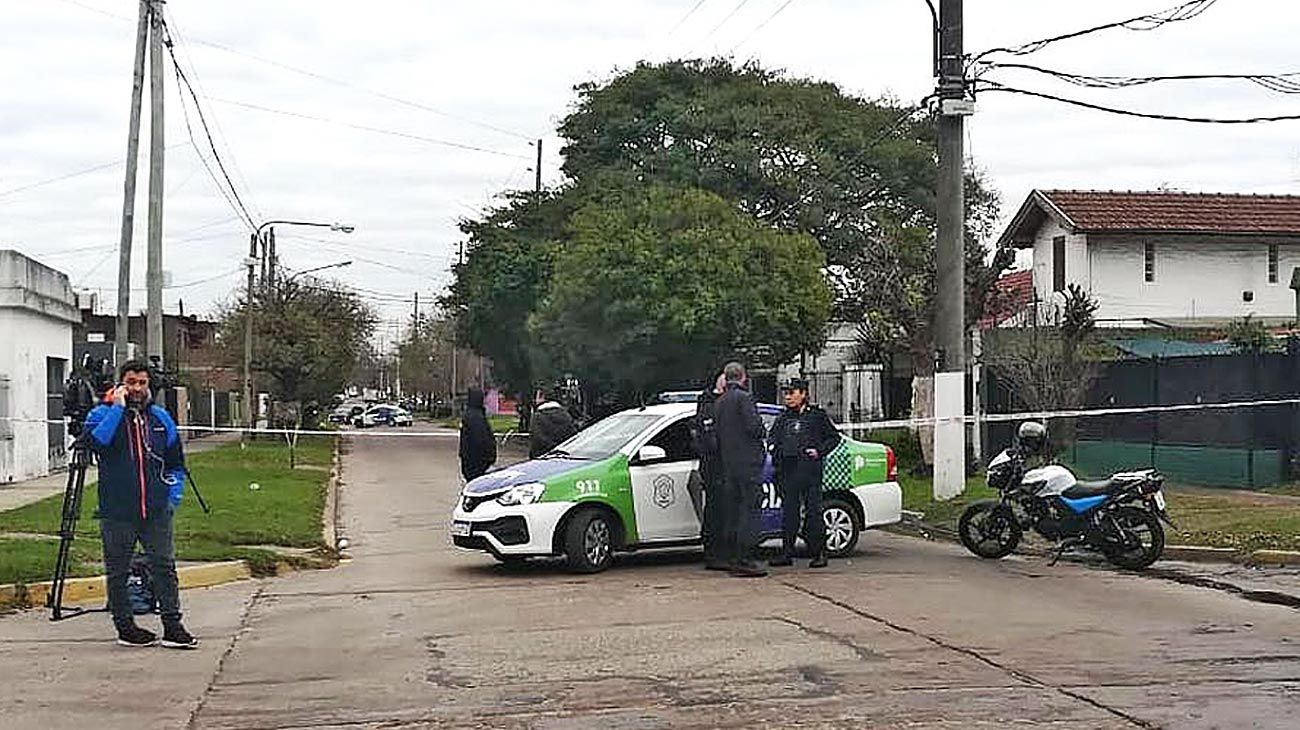 Two thieves came in to steal your house. He took one of his weapons to defend himself. But the sequence ended with a confused confrontation between the victim and the police officers who arrived after the 911 alert. The doctor, the owner of the house, was shot dead in the abdomen. What triggered was one of the police, who was arrested.

Ricardo Raúl Tassara was 64 years old, was a homeopathic physician and had two daughters. He lived alone in a house on Arenales 100, in the city of Burzaco, south of the Buenos Aires suburban area. But yesterday at dawn he was surprised by two criminals.

Tassara had guns in her house and practiced shots. Apparently, he attacked the thieves and wounded one of them, though both fled. Immediately, he sent an audio message to his partner to tell him what had happened.

"They were inside the house.I got one, I blew it.Well, fortunately I came quickly.Look like the iron was," concludes the message.

The doctor had a 22-caliber Bersa pistol in his hand, but the sequence did not end there and continue with a tragic ending.

VW Gol Trend's car was parked outside the house. I still had the ignition key on. The door to the house was open. At that moment, two police officers from Buenos Aires arrived who had been alerted by a 911 call to an alleged female participant at that property.

Upon entering, the officer, identified as Horacio Elías Godoy (31), throws him in the abdomen to confuse him with a thief. The doctor had the gun in his hands and pointed them out, according to the official version.

For the photos. According to the official version, the police "issued a loud voice" for the man to throw the gun on the floor, "an order that was not obeyed by the subject."

"Then one of the police officers fired a shot that killed the gunman, who owned the house. He had just been robbed, but he had thrown the thieves by the arm, until he had hurt one of them. of shock he never lowered his gun when the police came in and they thought he was a criminal, "he said.

The doctor's couple showed up at the scene and reported that Tassara had told her that she had "resisted a robbery" and had "wounded the criminals." In a few minutes, the attackers were arrested in the area of ​​the incident.

When involved in the murder of a money from Buenos Aires, the personnel of the National Gendarmerie and the Scientific Police were in charge of carrying out the experiments.

The officer who fired was detained at the disposal of the Justice and exonerated by the General Audit of the Internal Administration. "The rest of the police commission is with summary," was reported by the Buenos Aires Ministry of Security. Godoy has been a police officer for seven years and has two minor children.

On the property of the homeopathic physician, eight weapons were found. A 22-caliber Bersa pistol was used to defend the attackers and was stained with blood. In addition, the experts found a pistolón without visible mark, two guns calibers 38 and 357, three rifles (one of double barreled and another caliber 16), a carbine and one of compressed air.

Concussion "I heard two shots, around one in the morning. My husband told me not to leave," says a neighbor of the assassinated physician PROFILE. "This time it was common to hear shots, but a little more." This time they sounded very close, and later we learned that they had killed Ricardo, "laments the woman, who lives around the scene of the crime. Neighbors said the doctor had already suffered a violent assault for some time and that the man next door lost a leg resulting from a shot he received from a criminal in an attempt to steal. "My husband decided to buy a gun to defend us, but then I was afraid of having a gun at home and we went to play the different parts to get rid of it," he says.

"We had only the low wall, and now we had to reinforce all the openings with bars and be careful every time we walk in and out of the house," Maria told the newspaper.The neighbors knew the doctor had guns , was a fan of hunting and fishing (see separately).

The mother of two daughters of Tassara told the press that "he was an excellent father" and was shocked by what happened. The doctor's neighbors described him as a "very good person", attentive and who lived there for a long time.

For his part, Octavio, a godchild of the doctor, wrote on social networks: "The most crazy godfather and copilot a godchild can have, rest in crazy peace.I love you and I will always remember you Ricardo Tassara.What the military pay , otarios ".

"Ricardo, in a stop sign, would have reacted well. It seems to me that an injustice has been committed," the boy told Telam; So he questioned the cops' version. In addition, he pointed out that "he had the possession and possession of weapons" that he kept in his house. He concluded: "He was a guy who had a lot of experience in guns, he knew about hunting, several times they wanted to attack him and he always defended himself."

"If you have a gun, you're not afraid"

The doctor killed by the police, who mistaken him for a thief, liked weapons. He liked to hunt and practice shots. At a small table, the specialists found one of the pistols and in a black box there was another. In total, they found eight. "We were going to practice shooting at the polygon," says a friend of Ricardo Tassara and confirms their passion for guns.

"I think he was shot before giving a loud voice, so I understand he could not defend himself," Henry said.

Two delinquents had entered his house yesterday at Arenales Street in Burzaco, and the doctor defended himself with the shots. The attackers fled, but then the doctor was mortally wounded by the gunfire fired by one of the police officers who arrived after a 911 call.

According to his friend, who lives one block from where the murder occurred, the victim feared no robberies, despite having already been the victim of other assaults. "If you have a gun, you're not afraid," Henry said.