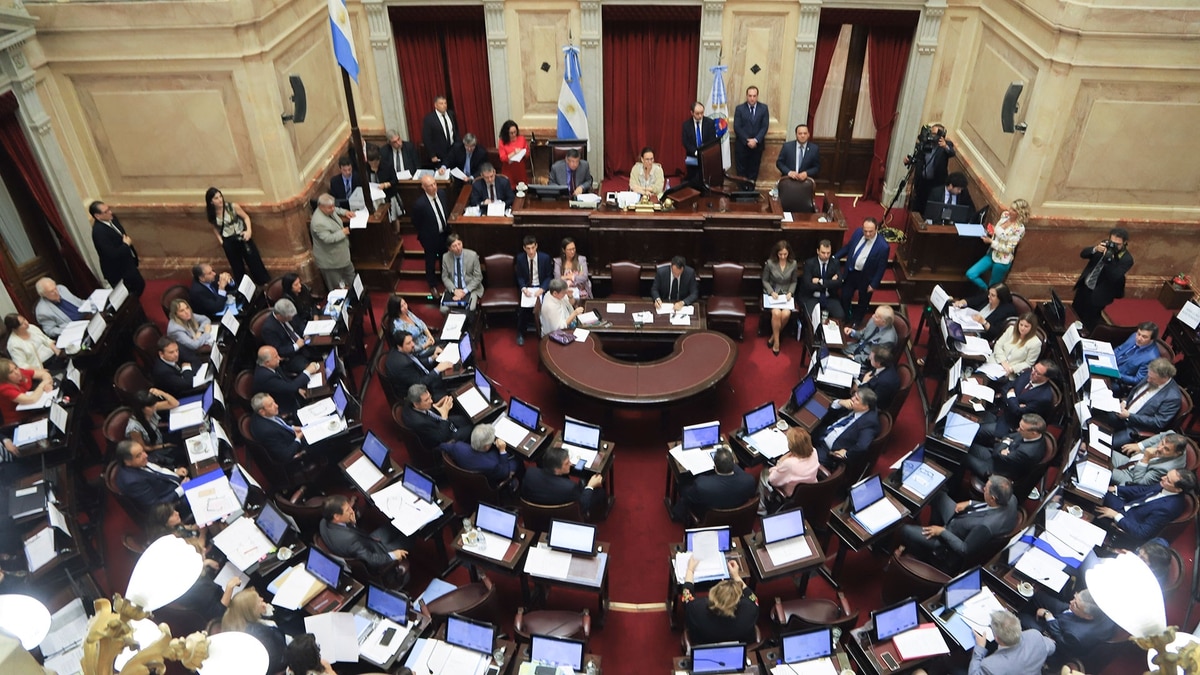 An official of the permanent plan of the Senate of the Nation denounced the radical legislator Juan Carlos Marino for sexual harassment. By lot, the complaint fell on the Federal Court No. 5 and the Federal Criminal and Correctional Public Prosecutor's Office No. 6.

In the complaint, Claudia Mabel Guebel He said that "the senator stipulated that my duties be fulfilled in my house." I have never had a friendly relationship or trust, but respect for their function"I just thought working with him was the right place for me," he said.

Among the details he gave are some messages he received through his phone. "A month after I started working, I started receiving messages from WhatsApp on the phone I currently have. & # 39; Where are you? & # 39; & # 39; Where do you live? & # 39; I'll be there; I take a turn & # 39; Get ready, I'm going to your house & # 39;. He sent me videos allusive to sex, "he said. I tried to respond to him with evasive answers that did not compromise my work and that did not make him think I was interested in what I was proposing, "he said.

He also clarified that he had no bond, nor trust, nor friendship and stressed that the messages were sent "constantly, several times a week"The strongest part of your story has to do with the time you spent without a third person."Once we were alone, she touched my breasts directly and asked me when we would have coffee, she told me to wait for her call that we could see at any moment"he remembered.

In the complaint, Guebel said that she entered the Chamber of Deputies as an official 2001, more than 2004 and even 2016 she served as secretary of the UCR National Convention. So he went back to work on Members on the committee Political Trial, until about a year ago, she began to act as a consultant Marine

"Hipólito Solari Yrigoyen was the person who put me in touch and recommended with Juan Carlos Marino. I remember that at that time when I asked him to recommend me, Solari Yrigoyen He asked me if I was couple If I had children Yes it is she lived alone which surprised me, since they were questions of personal nature this had nothing to do with the functions I would perform. I even thought I had some interest in mebut when I suffered from Marino's behavior I understood why he asked me these questions."Guebel said.

The lawyer also added that "I approached Marino because he presided over the Commission for the Follow-up of Intelligence Bodies for many years, and I thought it would be a possibility for me to contribute and learn. I did the National Defense School and a postgraduate degree in non-proliferation of weapons of mass destruction at NPSGLOBAL, I thought working with him was the right place for me."

Guebel also said that the days 14th of each month I went to the Senate for the Marino to hire him certificate of Assistance, and said that "the first time I showed up at Marino's office, he took me to his office where they were several assistants who noticed my presence they went out automatically from office. When we are alone I touch my breasts directly, and he asked me when we were going to have a coffee, he told me to wait for his call so we could see us at any moment. "

Guebel then said that after his first visit, Marino told him that from that moment on he should deal with the senator's chief of staff, Pedro Fiorda, who also accused of abuse: "The following month, I went to the senator's office, Pedro Fiorda answered me this time, he made me go to his office, this time he gave me a talk, he invited me to sit, he told me Marino I had aspirations to be governor of the province of La Pampa and had intentions to make a political operation accusing pedophilia to the pre-candidate to the governor of La Pampa to Cambiemos. After that, Fiorda pulled me out of both arms with force, and he thrust his tongue into my mouth, tried to separate it, but I could not. Then he said, "I'll call you and see how we continue""

"In the days following this episode he called me insistently to my cell to see us. I have never watched. I felt angry and very afraid of what had happened. The next day I fell into bed with a stress, fever high inflamed lymph nodes and pain throughout the body. All this can be corroborated through the OSDE since I called the emergency service of my Social Work for this situation, "he explained.

Guebel also said that after this episode of abuse, he asked to be transferred and obtained a position in the Directorate General of Research and Training of the Senate.