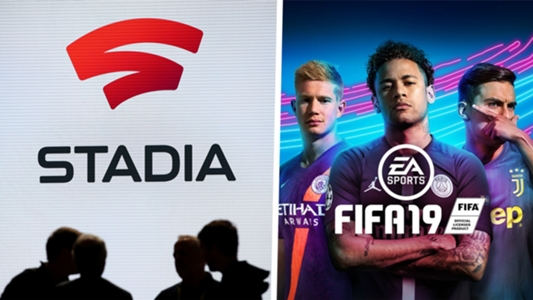 The company is entering a new territory to challenge Sony and Microsoft consoles companies, but will it have one of the most popular annual games?

Google Stadia is the bold new venture of the Internet giant and is slated to be released in the summer of 2019.

"The future of the game is not a box," says the promotional trailer. "It's a place." The question is, however, does the place include the most popular soccer video game in the world?

With summer fast approaching goal examines whether FIFA 20 will be in Google Stadia, which is the new platform and more.

Will FIFA 20 be in Google Stadia?

We know that at least three games will be available on Google Stadia when it launches this summer, but fans of the FIFA series will have to wait to find out if the latest EA Sports title will be available on the platform. Google CEO Sundar Pichai is a well-known FIFA 19 fan, confessing recently that he played the game "a little bit."

Google is using a new system for their gaming experience, and while engines like Unreal, Unity and Havok are partners, it's not as simple as releasing a title to the platform. Developers will need time to ensure the games are platform-compatible.

Ubisoft's Assassin Creed Odyssey – it's no surprise, considering it was the test case for Project Stream – will be available to play in Stadia, as well as the first-person shooter Doom Eternal. There will also be a title from Q-Games, a developer who previously worked with Nintendo, Sony and Microsoft.

It remains unclear whether EA Sports will join Google Stadia to launch FIFA 20 – or even any of its titles – on the platform, but Google will certainly want to provide its users with access to the world's most popular soccer video game. . In fact, Google gaming chief Phil Harrison said the March revelation event was designed as a kind of pitch.

"We absolutely know that content is critical to the success of any platform," said Harrison BBC when asked about adding more games. "Today was to show our vision to the developer community here … We wanted them to see the capabilities of our platform and start thinking about how they can bring their creativity and technology to create games [for Stadia]"

Stadia's launch trailers suggested some sporting games, showing scenes of a stadium tunnel and a glimpse of people playing basketball and soccer, but those moments did not figure prominently in the promotion.

What is Google Stadia?

Google Stadia is a new cloud gaming service that allows users to stream games through the Google Chrome web browser. It does not require hardware, like a console, but you will need an Internet connection.

The game's director of games, Phil Harrison, revealed that Stadia will be able to stream video games in 4K resolution at 60 frames per second.

In addition to Chrome, Stadia will be integrated with YouTube with a state-sharing feature that will make it easy to launch games directly from a Stadia stream on the video sharing platform.

Although it does not require a console, there is a Stadia controller, which was introduced to the world in March. It's similar to the PlayStation and Xbox controllers, but has two unique buttons.

One is the capture button, which allows players to share their gaming experience directly with YouTube. The other is the Google Assistant button, designed to help with queries, such as completing a level or tips for getting the best experience. a particular game.

Players will be able to play Stadia games on their computer screens through the Chrome browser, but also on Chromecast devices, which means they can use TV screens, tablets and cell phones.

How much will Google Stadia cost?

Again, the details in the revelation event were scarce and we were left in the dark about the players who will have to pay for the Google Stadia.

Given the nature of the venture, there is a strong possibility that Google opts for a subscription model, similar to Spotify or Netflix, in which users pay a monthly subscription. How much that would cost yet is a mystery and would depend entirely on the service rendered.

Overall, it is believed that if Google decides to lower the subscription payment route, it would cost around $ 10-15 per month for players to access Stadia. As Wired Digital editor James Temperton remarked, "Google, after all, is about scale."

However, it should be noted that the weak internet will contribute to a lesser gaming experience, so anyone who wants to play Stadia will also have to take into account the need (and cost) of a connection that is, if not high-end, by the less than average.

When will Google Stadia be released?

The exact date for the launch of the Google Stadia has not yet been confirmed but, subject to any delay, will occur in the summer of 2019.

It will likely be held at a major gaming conference, with some of them taking place during the months of June, July, and August, in the most successful box office period of the last four months of the year, heading for Christmas.