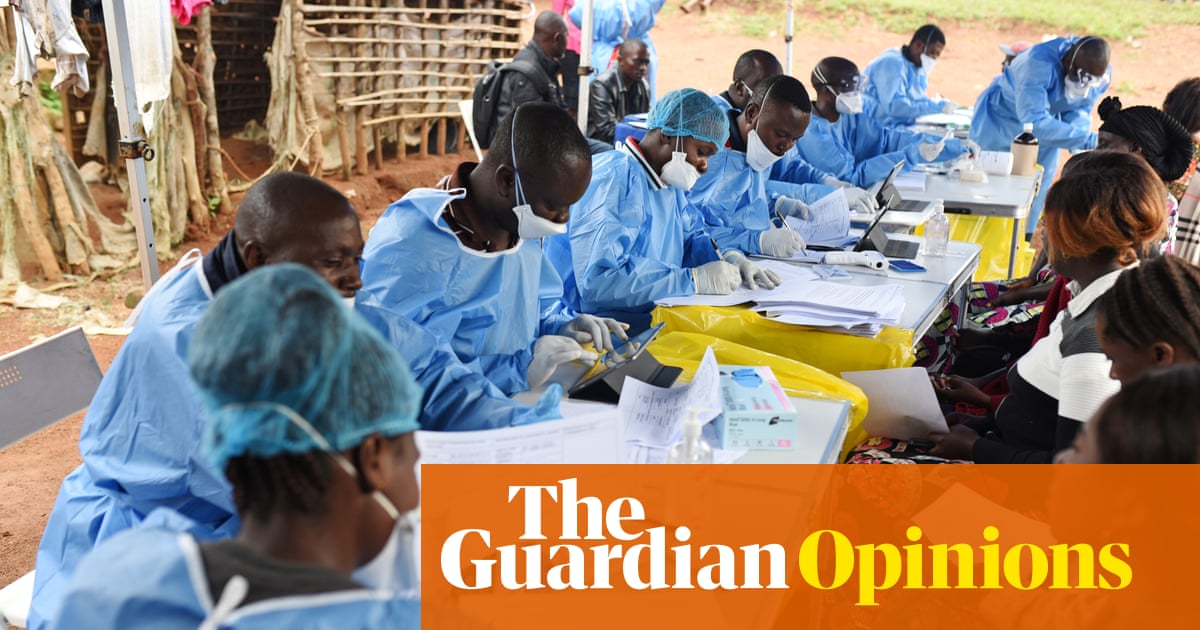 I has responded to different outbreaks of disease in the Democratic Republic of Congo for 18 years, but I have never seen anything so challenging as containing Ebola in an area of ​​armed conflict.

The DRC faces its 10th Ebola outbreak, but this outbreak, which began in August, is the country's first in an area where fighting is ongoing. Since 2014, about 2,000 people have been killed in clashes between armed groups.

I am a doctor in Beni, in the north-eastern province of North Kivu. It is the epicenter of the current outbreak of Ebola. Here, any humanitarian worker, especially the local, may be in imminent danger. Active shooting is common. A few weeks ago, a humanitarian staff vehicle carrying an Ebola patient's body to be buried was attacked and passengers were injured.

I can not access entire villages. Not because of unmanaged terrain and unpaved dirt roads, but because these villages act as front lines between different armed groups.

Ebola is a fatal disease. Because it is a viral infection, it has no effective cure. The people here in Beni never found Ebola and in many cases never heard of it. There is a strong resistance from people to accept the existence of the disease and to cooperate with people like me who work to eliminate it.

Recent reports said the epidemic was controlled. This is not true. We still have new confirmed cases, almost daily. To confirm that an Ebola epidemic is under control, we need to wait at least six weeks after the last confirmed case, which involves inspecting all direct contacts of all infected people and ensuring that during this time we do not have a single new case.

Despite community resistance, people are becoming aware of the disease and its danger. But even the most basic forms of fighting it are almost impossible to implement in some inaccessible villages. This includes installing handwashing and filling stations, conducting awareness sessions, or performing some basic distributions of much-needed items such as soap, buckets, and hand sanitizers. In some areas, we can not confirm whether symptoms or even deaths occur because of Ebola. That is why we have some "probable" cases.

One of the biggest challenges is to provide direct help to infected people, ensuring that health professionals are not infected. When you walk around the city and visit response sites and clinics, no one shakes hands. When we want to greet each other, we do this by touching our elbows to avoid any possibility of spreading the virus, which is transmitted only through the direct contact of body fluids.

In each place there is at least one drinking fountain and everyone is required to wash their hands. You can smell the chlorine in your hands for hours afterwards, but this is a mandatory precaution to ensure that no humanitarian agent, especially the health team, is infected as this will risk losing the confidence of local communities.

The basic health precautions we promote to eliminate Ebola are the same standards that should be applied all the time, with or without an epidemic. Unfortunately, this outbreak has revealed a gap there, which may be due to lack of awareness, or lack of tools and infrastructure. To better protect communities from epidemics, some basic services need to be improved. In Beni, for example, water networks do not reach everywhere and schools do not have enough toilets.

In schools, awareness campaigns are held, and they are provided with hand washing stations and thermometers. Likewise, we make sure the clinics are well equipped and thoroughly cleaned of the virus, providing handwashing facilities, gloves and the training needed for volunteers and paramedics. If it is possible to prevent infection of all staff and volunteers responding to the epidemic, then it should be possible to completely eliminate Ebola.