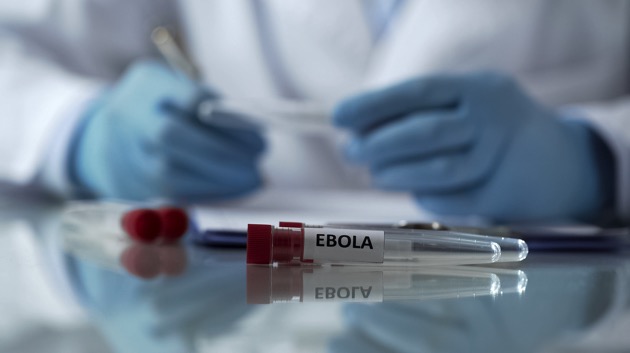 Motortion / iStockSouth Sudan began on Monday to vaccinate its health workers and other front-line workers against ebola, amid fears the disease may spread across the border with the Democratic Republic of Congo , health officials said.

The Democratic Republic of Congo is facing one of the worst outbreaks of Ebola in the world. The two provinces of the country where the cases were reported share porous borders with South Sudan, Uganda and Rwanda, increasing the risk of regional spread.

Neighboring nations have reported no case, but "preparation is crucial," according to a statement from the World Health Organization, the United Nations global health arm.

South Sudan received 2,160 doses of the yet-licensed Ebola vaccine, which was developed by the American pharmaceutical company Merck and protects against the Zaire strain of the virus that currently affects the Democratic Republic of Congo.

With support from WHO and other international partners, South Sudan's health ministry launched the vaccination campaign on Monday in "high-risk areas" near the southwest border, including the country's capital and largest city, Juba .

"It is absolutely vital that we are prepared for any potential cases of the spread of Ebola beyond the Democratic Republic of Congo," WHO Regional Director for Africa Matshidiso Moeti said in a statement. "WHO is investing a huge amount of resources to prevent Ebola from spreading out of the DRC and helping governments increase their readiness to respond should any country have a positive Ebola case."

Since the outbreak was declared in the Democratic Republic of Congo on 1 August, a total of 736 people reported symptoms of hemorrhagic fever in the north-eastern provinces of North Kivu and Ituri.

Among these cases, 682 tested positive for Ebola virus disease, which causes a type of hemorrhagic fever that is often fatal, according to Monday's report by the country's Ministry of Health.

The rising outbreak has a fatality rate of about 62%. There have been 459 deaths so far, including 405 people who died of confirmed cases of Ebola. The other deaths are likely cases, the ministry said.

This is the 10th outbreak of Ebola in the Democratic Republic of Congo and the most serious that the nation of Central Africa has seen since 1976, the year the scientists first identified the virus near Ebola.

More than 69,000 people have been vaccinated in the outbreak zone since August 8, more than 21,000 of whom are health professionals and others who serve the front line, according to the country's Ministry of Health.

The WHO warned that although the risk of global spread remains low, the risk of the outbreak spread to other provinces of the Democratic Republic of Congo, as well as neighboring nations, remains "very high."

Uganda began vaccinating its health professionals and first responders against ebola in November. Rwanda also plans to do the same. Although not yet licensed commercially, the rVSV-ZEBOV vaccine is being provided under what is known as "compassionate use" in the ongoing outbreak after it proved effective against the previous outbreak in the Democratic Republic of Congo, which lasted from May July, according to WHO.