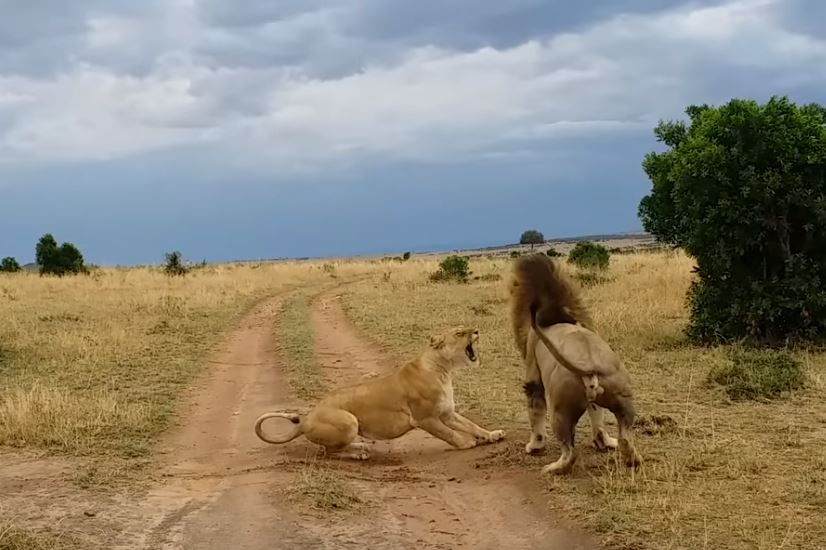 A lion has learned an important life lesson – let the lionesses sleep.

The lion felt the full wrath of a lioness after he chased her frighteningly while she slept and then woke her up in the worst possible way.

In a bizarre turn of events, the lion bites the lioness, which then retaliates violently.

"It took the lioness exactly two fractions of a second to go from sleep mode to defense mode and ready to attack," says safari guide Joshua Loonkushu, who filmed the incident near the Sand River in Maasai Mara.

"In my eight years of orienteering, this was the first such sighting. I've never seen anything like it," Loonkushu told LatestSightings.com.