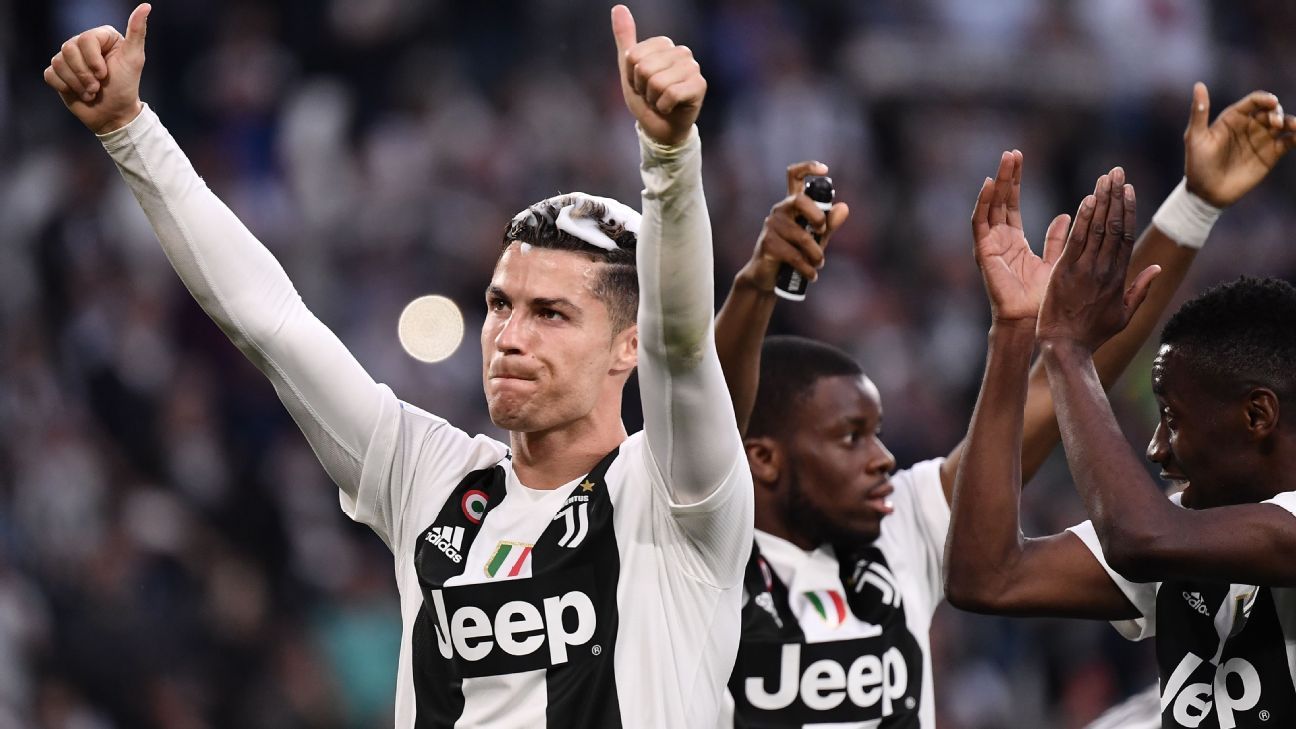 Cristiano Ronaldo said he is "a thousand percent" sure he will stay at Juventus next season after winning the Serie A title in his first season for the club.

Juve, having lost an opportunity to ensure the Scudetto last weekend, secured Saturday against Fiorentina with a win by 2 to 1, which meant that Napoli, runner-up, could no longer catch them.

Italian media reports that Ronaldo was on his way out after the disappointment of leaving the Champions League at the hands of Ajax was denied by Massimiliano Allegri in charge of this match, and the Portugal international has already put the notion to bed.

"I am very happy to have won the Italian title in my first season here. It was a great season for this Juventus, we also won the Italian Super Cup," said Ronaldo, who scored 19 goals in the championship. "We did not do so well in the Champions League but there is always next year."

Asked if he would be wearing a Juventus shirt next season, Ronaldo added: "1,000 percent".

Giorgio Chiellini was part of all eight consecutive Juve titles – as was the 2005-06 victory, which was later Calciopoliscandal – but this was his first as captain.

And the Italian international, who lost the match against Fiorentina due to injury, said the former Manchester United and Real Madrid player is part of a "milestone" for him and his team mates.

"Cristiano arrived with great humility and helped us improve – all of us," said Chiellini. "He's totally dedicated to football.

"He is different from the others and for us he is a landmark for the future. I had no doubt he would stay."

Chiellini also paid tribute to his colleague center Andrea Barzagli, who recently announced that he would retire at the end of the season.

"I would also like to say a few special words about Barzagli which, like good wine, has improved with age," Chiellini said of Barzagli, 37. "He's really unique.

"It makes everything seem so simple and deserves a special farewell."