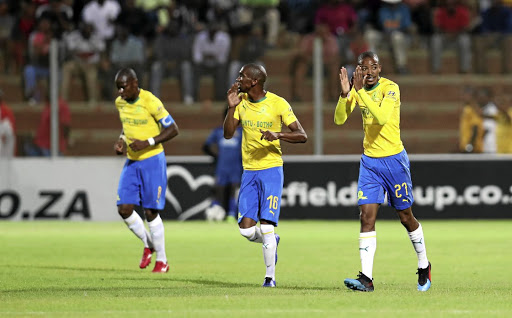 Pitso Mosimane gave a strong indication that Mamelodi Sundowns may not prioritize the Nedbank Cup when they face Chippa United in the first round on Saturday.

Speaking after a stunning 2-1 victory over Highlands Park in an Absa Premiership game at Makhulong Stadium on Tuesday, Mosimane said:

"This is an emotional cup for us.You should prioritize – do you really want to or do not have? If you have the chance to beat it, then go ahead.We've won before.But you also have to understand that the Champions League CAF) and the local league are key.

"This cup takes you to the semifinal, and you continue, and lose [steam] in the process. You lose and end up saying "I should have focused on the league".

Mosimane added that he did not know if Chippa troubled either the Nedbank Cup.

"They want to go to the semifinals and stay where they are? I do not know what Clinton Larsen wants to do, save the club from relegation or go to the Nedbank Cup. So you can continue and you compromise the league games because is focused on this cup.

"I really do not know what their priorities are. It will be interesting for you to ask him."

Following the victory over the Highlands, the third consecutive league win, Downs looks like a well-oiled machine, though Mosimane says it's still a work in progress.

"We are a team under construction," he said. "We do not play to lose, the players are also nervous, they do not want to lose, when you are flowing freely and you know what to do, you play with freedom, our team is still stuttering."