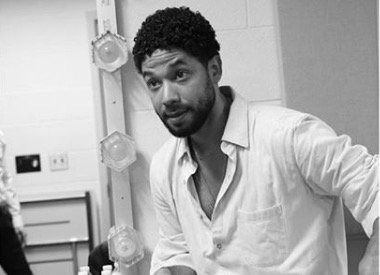 Empire star Jussie Smollet is recovering after being attacked in what appears to be a racially motivated homophobic incident.

Eonline reports that the actor was walking home when two people approached him and started shouting racial and homophobic insults.

They then poured a chemical over him and tied a rope around his neck.

TMZ reports that Chicago police have confirmed that the actor was hospitalized. In his statement, he said the men were wearing MAGA caps (Make America Great Again) and referred to him during the incident.

MAGA was the slogan used by US President Donald Trump during his 2016 election campaign.

It is believed that Jussie still had the rope around his neck when he made contact with the police.

TMZ is also reporting that the cast of the Empire, which is currently filming in Chicago, received additional security. The site reports that Jussie received hate messages last week.

No arrests have been made yet.