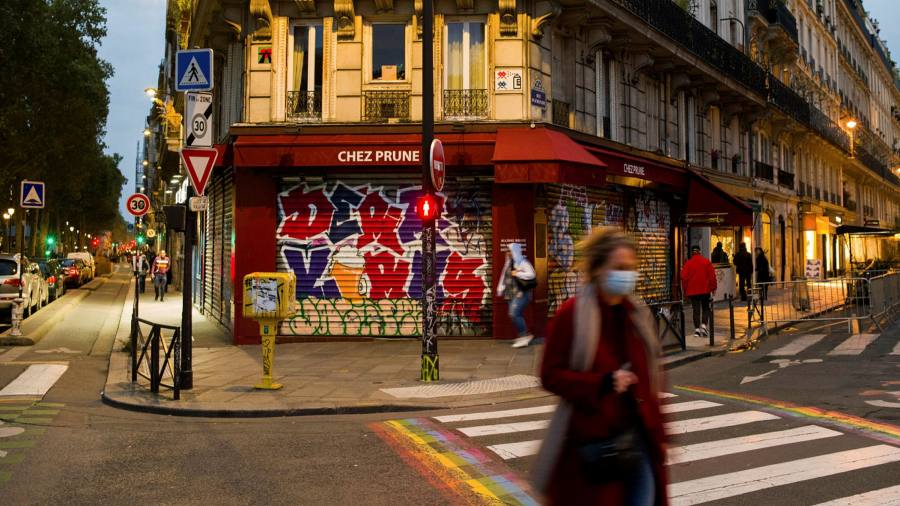 In the hot summer months, the coronavirus in Europe seemed to retreat. The savings were reopening and the intensive care wards were emptying. Although a second wave of pandemic in the European winter was long feared, it arrived with alarming strength and speed. Germany’s federal and state governments this week agreed to close parts of the economy and tighten controls on social contact; France announced a new national blockade of at least a month. Pressure is building on Downing Street for tougher national measures in England – making them more in line with those in effect in other parts of the UK and among its European neighbors.

Other European countries have already acted, or are about to follow. Ireland introduced a six-week national block last week. Italy, Belgium and Greece introduced night curfews to restrict social contacts. Spain also announced a curfew across the country and triggered emergency powers.

The rapid resurgence of the virus removed any prospect of a “V-shaped” recovery, leaving European leaders contemplating a potential double-dip recession. Even partial blockages will require further support measures to mitigate the economic impact, further raising deficits and debt levels. The European Central Bank signaled on Thursday that it is likely to provide more stimulus before the end of the year, warning that the risks were “clearly tilted to the downside”.

Governments fervently hoped to avoid a repeat of the type of national blockade seen six months ago. There are, however, some positive aspects in the dark. One is that knowledge and experience of the virus is allowing for a more calibrated and targeted approach this time, which can limit some of the economic damage. Efforts are focused on limiting social contacts – at home and in accommodation – while allowing other areas of economic activity to continue. Germany and France are closing restaurants and bars and some other places to live together. But schools, factories and businesses, where Covid’s security measures are now routine, remain open.

Both countries are also trying to make blockages limited in time. If infection rates can be controlled enough in November, controls can be loosened before Christmas – allowing for some recovery in consumer spending before the end of the year.

In the third of Europe’s three largest economies, UK Prime Minister Boris Johnson continues to seek a regional approach in England and resist national measures – as Frenchman Emmanuel Macron did this week. But a similar national shutdown for a limited period of hospitality companies is inevitable if Britain wants to prevent hospitals from overcrowding and have the chance for a more “normal” Christmas. With the license scheme across the UK ending this weekend, Chancellor Rishi Sunak will have to ensure that companies forced to close nationally by government order will receive support, as he is doing in high-risk regions.

Across Europe, companies and individuals are learning to adapt. Companies have become accustomed to remote operation and supply chains have adjusted, helped by the recovery of economies in Asia. However, the biggest lesson of the past few weeks is that more adjustments in mentality are needed. Although there are still hopes that viable vaccines will appear in a few months, it is not clear that they will be a “silver bullet”. Societies may need to rely more on improving treatments – which are reducing death rates – and on technological advances that allow mass cheap tests. As the first anniversary of the reporting of unusual cases of pneumonia in Wuhan approaches, it becomes increasingly clear that we will have a long way to go.