Emergent Fungus: Start of an Epidemic? 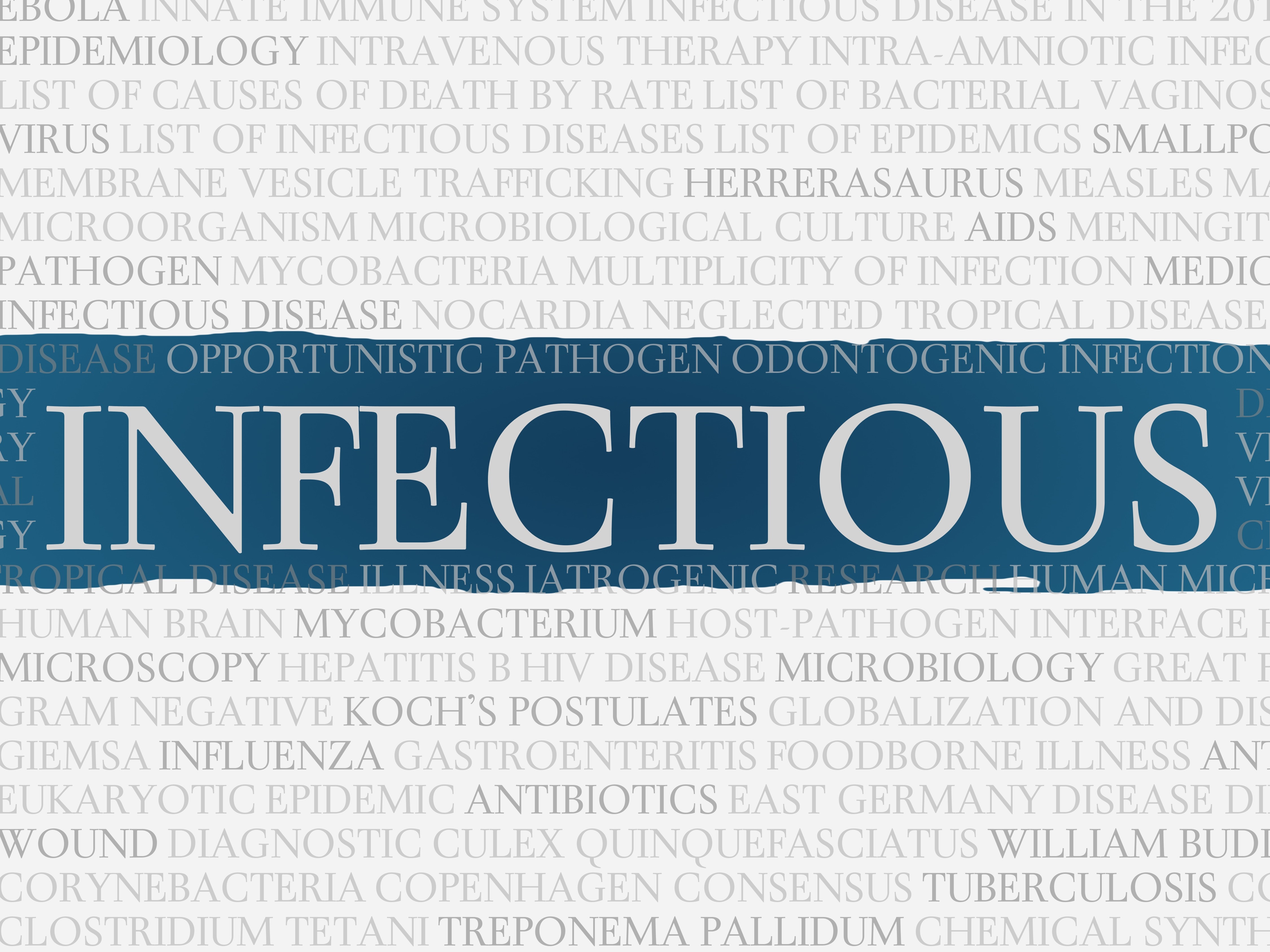 The bacterium's ability to develop resistance to antibiotics is well documented, fungi are also evolving alarmingly to support modern medicine as well. One such fungus in the air is now emerging in hospitals around the world and killing half of the people who unfortunately hire it within 90 days, raising concern about alarms about a new global epidemic.

Candida auris can potentially infect anyone, however those with compromised immune systems such as the elderly, babies, smokers and diabetics are more likely to succumb. C.auris was discovered about a decade ago, being seen in 2013, since then, it has appeared on all continents except Antarctica; there were 617 cases reported in the United States alone in 2/2019, with most cases being detected in New York (309 cases), New Jersey (104 cases) and Chicago (144 cases).

Tom Chiller, head of the CDC's fungal department, said: "It's a creature from the black lagoon. It bubbled and is now everywhere. " The state epidemiologist Dr. Lynn Sosa Connecticut sees this as being "Practically unbeatable and difficult to identify."

The symptoms can be difficult to detect, since patients are usually already sick. Only laboratory tests can identify this fungal infection, which can cause several types of other infections, including blood circulation, wounds and ear infections. Those who have recently undergone surgery, are taking antibiotics, live in nursing homes, have feeding tubes, have breathing tubes, or have central venous catheters seem to be at greater risk. The CDC says that 30-60% of people with C.auris infections died, however, many of them had other serious diseases that increased their risk of death.

Some consider this to be an explosive medical alert with serious implications for mankind, and suggest that the global use of "azole class" fungicides has given rise to this fungal superbugust that is now colonizing hospitals and nursing homes around the world. Azole-resistant fungal strains can not be killed by known medical chemicals used in hospitals, and even worse ventilation systems emit fungal spores in the air to contaminate communities. Infections are widespread in New York, New Jersey and Chicago, now the infection has been seen in Florida, California, and Texas, Virginia, Connecticut and Massachusetts. Although the CDC does not name hospitals or nursing homes with infections, it is suggested that millions of people have already been exposed. This may go far beyond Ebola, and until just a few days ago, almost no one had heard of this fungal strain, with a reported fatality rate of 41-88% in humans.

Can you imagine a dystopian science fiction future in which the hospital's ventilation systems pump a deadly superbium into the atmosphere where the winds can drive it to infect communities and farms? Can you imagine that the CDC knew this, but kept it a secret, refusing to tell the public which facilities were infected, denying the public knowledge to be used for its protection? Saying it was kept a secret so they would not alarm the public or make facilities seen as the infection centers. Well, unfortunately, no longer imagine how this is what is happening, and has been scattered over the past 4 years, silently with virtually ZERO media reports and very little information from the CDC. For some, this seems to be almost like a coordinated cover-up to keep patients in the dark, as the infection spreads through a deadly pathogen rather than keeping the public informed and safe, which is their real job.

Originally found to live in the ear of a woman in Japan, this fungus has spread from hospitals to nursing homes, can be transported from patient to patient and by health professionals; it grows in just about anything, from serum lines, ventilators, tiles, hospital gowns, walls, bed railings, phones, sinks, and clothing. Aggressive sterilization using hydrogen peroxide in aerosol has done nothing to try to kill this fungus. Those with a strong immune system can apparently combat the effects of this fungus, even without symptoms these people can become carriers.

The CDC themselves are now alerting the hospitals that are spreading this saying "In some of these countries, extensive transmission of C. auris has been documented in more than one hospital." However, it will not yet name the hospitals that will lead to more infections. Alarmingly, the CDC also stated: "… The numbers published so far in Illinois, New Jersey and New York are just the beginning. In addition to the clinical case counts reported above, 1056 additional patients were found colonized with C. auris through targeted screening in seven states with clinical cases … " Not surprisingly, these 7 states still have to be named, that many people being colonized in 7 states unfortunately means that we are beyond the Ebola scenario of a few years ago.

You would be surprised to know that this can be attributed to the soil, which is a complex ecosystem that harbors a variety of microbiology, while survival competition keeps the unpleasant ones under control. However, it is suggested that the modern chemicals and pesticides pulverized in the crops kill some while leaving others untouched, and some develop resistance, which helped to give rise to the Candida auris super-strain that can now replicate and spread in ways that do not would have been possible. The global use of "azole-class" fungicides is basically killing good fungi unavoidably, allowing this dangerous fungal strain to be successful, caused by human intervention of agricultural chemical runoff that ends up in the soils and waters that lead to the oceans, than the hours extras can spread everywhere. It was only a matter of time before you got to the point where you are now.

These robust airborne fungi can be easily spread by carrying in hand, transported in meat or products, transported across borders by travelers and imports / exports, through ventilation systems, hospital equipment and clothing, virtually anything. Dr. Tom Chiller, CDC, warns of this "Behaving in an unexpected and worrying manner, causing serious illness in countries around the world, including the United States." and exposed some facts / warnings in 2017:

Could ultraviolet lighting be the solution that Western medical systems seem to be missing out on? UV light can be found free in the sunlight, and kills almost all fungi and viral strains. Places such as nursing homes and hospitals are characterized by artificial light and dark, damp corridors and rooms that are potential breeding sites for the azole-resistant fungal strain to colonize. These designed shutters help make ideal breeding grounds even more dangerous. However, patent-free sunlight can not be charged royalties, so maybe that answers that question, this makes us think.

The question remains as to why we did not hear about this deadly pathogen earlier, but unfortunately, when dollars are at stake, journalism quickly falls to the profit of powerful corporations. It would not be surprising if the mention of Candida auris were denigrated as anti-science and nothing more than a scary story or labeled as conspiratory fodder. It would not be the first time that truths would have been omitted, false information counted, and an elaborate plan of smoke and mirrors occur despite the real evidence. People should be questioning why the state of emergency was recently declared in NY on a handful of measles cases, but this deadly fungal pathogen threatening to colonize the country is hardly mentioned.

"Hospitals of all nations will continue on the path, serving less than ideal foods and administering drugs to patients, reveling in the recurrence of business that comes from continuing illness and suffering characterizing the chemical approach of Western civilization to everything. A better life through chemistry collapsed into tragedy. The future we face is the chemically induced suicide of the human race. This is the true story of how agricultural fungicides turned every hospital visit into a suicide mission. If the food does not kill you first, the visit to the doctor will surely go away. ~ Mike Adams, the Health Ranger.