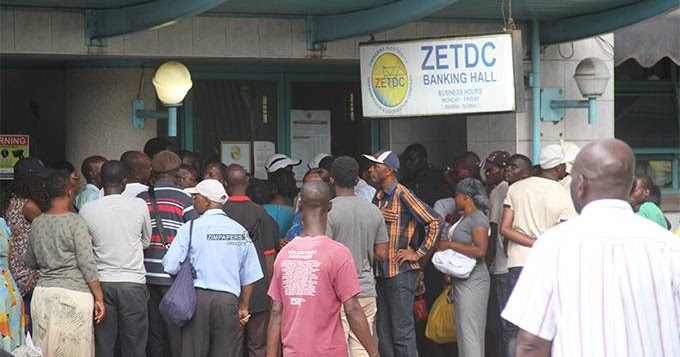 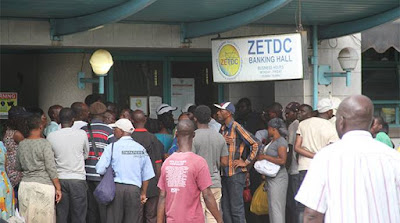 There was chaos today at Zesa Holdings' Wynne Street Branch
the hundreds of people thronged the outlet to purchase the monthly 200 units of
supposedly lower priced electricity under the new tariff scheme.

This comes after Zesa announced that the monthly 200 units
of electricity for each household meter were enough for an average family
before the very expensive tariff for extra units kicks in. However, many consumers are still confused,
worried and others angry as they queued to purchase electricity today.

A visit to the offices this afternoon revealed that there
were winding queues of people who tried to buy the cheapest electricity units.
This was also triggered by the fact that most people failed to purchase
electricity from vendors, supermarkets and other platforms which were not
working

The only option was to visit the Zesa Holdings banking
halls were only cash and swipe cards were being accepted. Others were of the
view that only way to purchase the cheapest units of electricity was on the
first or second day of the month. Many kettles are rated at 1 kilowatt and so
burn a unit an hour, although at 9 watt LED lamp, the brightest in most
households, can burn continuously for 111 hours with one unit. 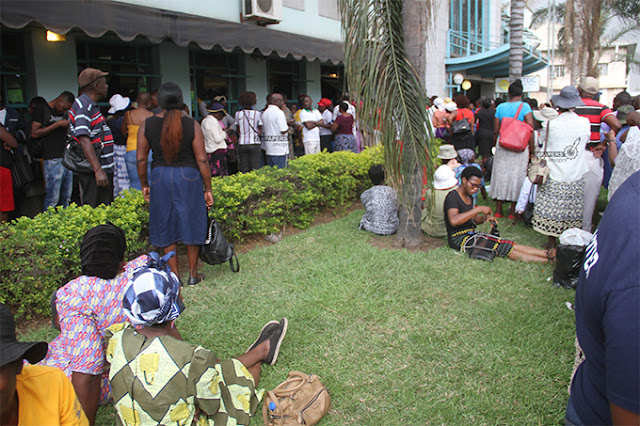 The first 50 units, what Zesa calls its “lifeline tariff
rate ”, are sold for 41c each, with that block totaling $ 20.50. As Zesa notes, this minimum is almost what is
needed to keep five LED bulbs burning part of the night plus of a reasonable
amount of cooking on a two-plate cooker, although even then consumers will
have to manage the stove carefully, turning food down to simmer the second it
starts boiling.
The next 150 units are 91c each, almost 10 times as much,
is the total of $ 136.50. The two blocks
together come to $ 157 a month.
This total of 200 units goes beyond lifeline, allowing a
family to make several pots of tea using a kettle, heat water, iron clothes and
do more imaginative cooking on a bigger stove. Herald