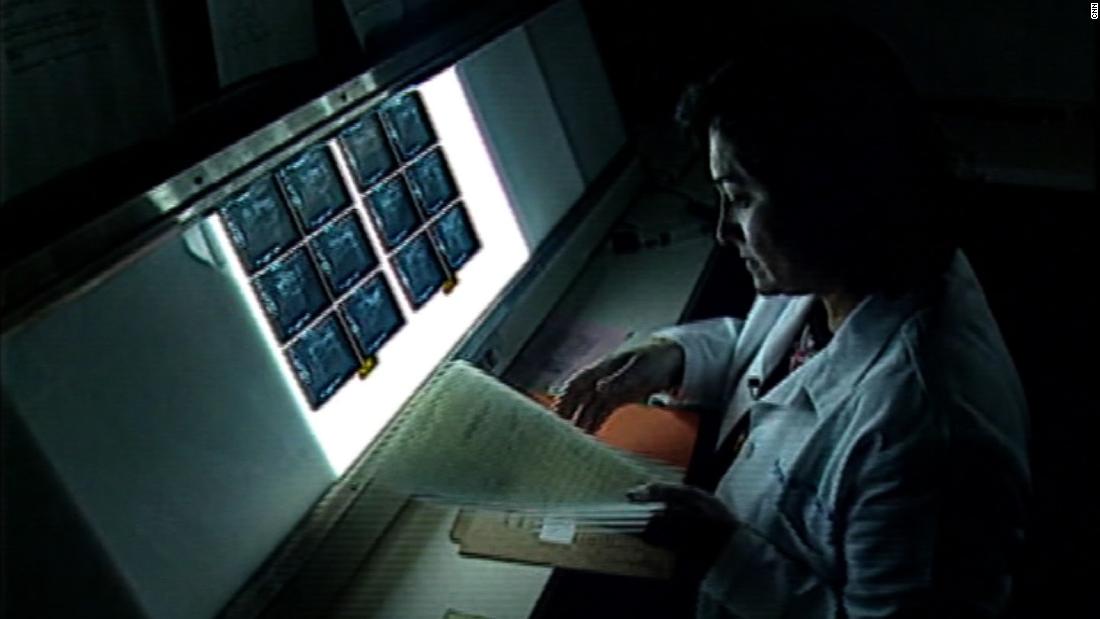 Surgery to remove tumors was associated with a 44% increase in chance of survival within a median follow-up period of 21 months, according to the summary, to be presented at the annual meeting of the American Association for Cancer Research in Atlanta this week .

"If breast surgery is considered by patients and providers in deciding the treatment strategy, it will be imperative to address significant disparities between patients receiving surgical treatment," the researchers wrote.

The data showed that the majority of the women, 89.4%, were treated with chemotherapy or immunotherapy; 37.7% underwent endocrine therapy; and 31.8% were submitted to radiation. Overall, 35%, or 1,130 women, underwent surgery; the rest is not.

Surgery was more likely to be performed on patients with private insurance or Medicare than on those who did not have insurance or Medicaid; those in the lowest income quartile compared to the highest; and those who received other treatments, said Dr. Sharon Lum, a professor and medical director of the Breast Health Center and the University of Loma Linda, California, who was the senior author of the study.

The study also looked at where the surgery fits with other treatment options available to patients, such as targeted medications, said Ross Mudgway, a University of California medical student at Riverside School of Medicine who was the first author of the study.

The findings suggest that surgery to remove a breast tumor should still be considered, in addition to standard targeted medications and other therapies, if a woman presents stage 4 HER2 positive breast cancer.

"We hope our findings encourage doctors to consider surgical treatment for metastatic disease while assessing the potential risks and benefits in this specific subset of patients who have new, effective targeted therapeutic options," Mudgway said.

The study had some limitations, including that there was only one association between surgery and survival, and the data did not include specific information about which other targeted therapies were used among patients.

HER2-positive cancers are much more likely to benefit from treatment with drugs specifically targeting the protein, according to the American Cancer Society.

In addition, "we still do not have results from randomized clinical trials that address the impact of surgical removal of breast tumor in patients with HER2-positive metastatic breast cancer," Lum said.

"Therefore, the use of observational data from the large NCDB dataset can help address the questions about the surgical treatment that providers and patients are doing today," she said.

Traditionally, surgery has been a standard part of the treatment of breast cancer along with drugs and radiation.

However, in stage 4 of metastatic breast cancer, "it does not make much sense to cut the cancer in the breast if there is cancer in other parts of the body," said Dr. Monica Morrow, an oncologist and head of the breast service. in the Department of Surgery at the Memorial Sloan Kettering Cancer Center in New York who was not involved in the study.

In other words, more research is needed to determine whether these factors are influencing the findings of the new study, since databases – as used in the new study – may sometimes suffer from selection bias.

"The question of a benefit for surgery can only be answered by a prospective randomized study," said Morrow.

She added that another researcher in the field, Dr. Seema Khan, a professor of cancer research at the Feinberg School of Medicine at Northwestern University, has been conducting this type of test.

"We look forward to the results," Morrow said.

Dr. Tari King, chief of breast surgery at the Dana-Farber / Brigham and Women's Cancer Center in Boston, called the new study "interesting," but warned that the results should not be over-interpreted, since "there are many biases." why some patients may or may not be selected for surgery, she said.

For example, patients with a good response to first-line or initial therapy would have been selected for subsequent surgery, "while those whose disease was refractory to first-line therapy would not have undergone surgery." Therefore, piling the letters in favor of surgery". the surgery group, "King said.

"The risks and benefits of local therapy – plus radiation surgery – for breast cancer are favorable when surgery is being performed for curative purposes," she said.