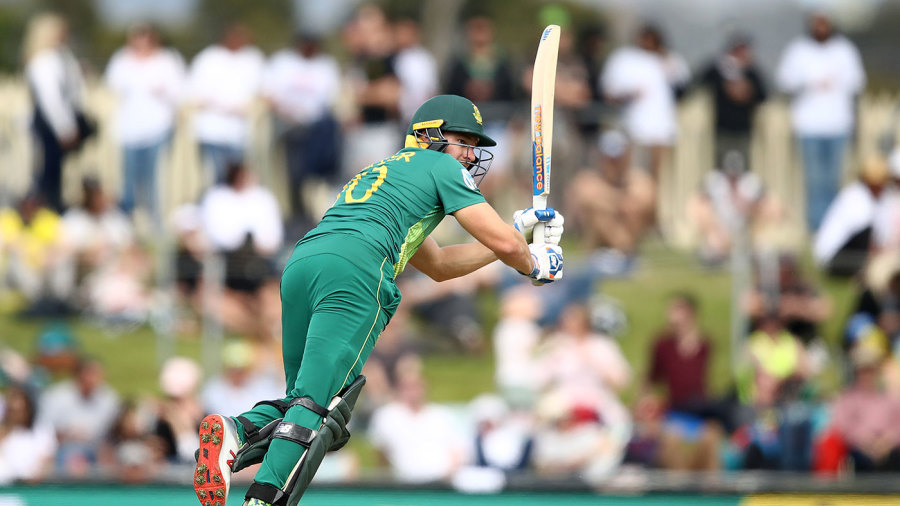 South African captain Faf du Plessis has joined the powerful David Miller for the highest partnership among all ODIs between his country and Australia to give the home team an impressive 321 wins to win the series of three games at the Bellerive Oval in Hobart.

After having lost three wickets after being sent by Aaron Finch, Du Plessis and Miller provided a model exhibition of how to build a dominant position from a modest beginning, getting well established through constant accumulation before brutally accelerating in the closures. His 252 stand surpassed the 222 union between Steve Waugh and Michael Bevan in Docklands in 2000 as the biggest stand ever in Australia vs ODIs in South Africa.

The two scouts have gained strength but have offered contrasting styles and preferential scoring areas to give Australian athletes endless headaches. The final moments of the partnership were virtually free-for-all, with 51 races coming from the last 15 balls that du Plessis and Miller were together before the captain's dismissal.

Having started well with the new ball, all players would have to face varying degrees of punishment. Last time Mitchell Starc and Pat Cummins were 20, while Marcus Stoinis's two wickets cost 10 races per over. All of this meant that Finch's team would have to call up a level of quality battles that they had not been able to achieve since the prohibitions imposed on Steven Smith and David Warner except for the remarkable Test test in Dubai for the injured Usman Khawaja.

On a fine cold afternoon, there was a minimum of early field care for the Australian pacemakers with the new ball, something Starc explored with perfection, with a delivery far enough away to take the outside of Kock's Quinton staff. Despite maintaining an early staple in the running rate of South Africa, Australia was later to benefit from a pair of leg looks for Alex Carey's gloves.

The first, by Reeza Hendricks, meant his expulsion by Stoinis for the second time in so many times, and the second of Aiden Markram, having made a trio of six, gave Starc a second wicket with so many spells. He left an uncertain from 3 to 55 on Day 16 above, du Plessis and Miller needed to rebuild carefully, something they did with the help of a field that began to settle – saved by a delivery of Starc who jumped a length in the captains' -african.

Gradually, du Plessis and Miller increased their impetus, aided by a pair of narrow escapades against the current of Glenn Maxwell. First, du Plessis attempted to force Maxwell to overtake the attack at 29, and the resulting thin edge was dismissed by Carey – a rare flaw in his usually exemplary glovework. So Miller was trapped in the crease and given lbw by Aleem Dar, only for du Plessis to request a decision review at the last possible moment of the available 15 seconds. The ball control was to show the ball hitting the line, but bouncing fractionally on the stump of the leg, meaning a relief to 41 by Miller, and more than a few confused Australian faces.

These moments of fortune allowed the booth to grow in alarming dimensions to Australia, as each batter had managed to cross the border. South Africa's counting estimates were duly revised more than once, with the rate rising from a humble 3.5 after 18 overs to well beyond the mark of six. In total, 130 races were stacked from the last 10 titles, 75 of the last five.

Du Plessis was the first to reach his century with a paddle next to his leg and a composite celebration. Miller followed him with a cut to the upper limit of the third man in the next and a more effervescent demonstration of emotion, claiming his promotion to number 5 in order. Some percussion scams later and visitors have accumulated their highest ODI scores against Australia on their way.